Israeli archaeologists have published a 360-degree analysis of a rural, affluent Christian town in the Galilee that was most likely destroyed by Persian invaders in 613 CE.

Unearthed in 2007 in a salvage excavation before roadworks near Shlomi and Kibbutz Hanita, the remains of the Byzantine settlement at Pi Mazuva are located in modern Israel’s northwest corner on the border with Lebanon. The finds include Christian iconography, a large house and a colorful, high-quality, partially preserved mosaic floor.

The findings were published in June’s edition of Atiqot, a research journal produced by the Israel Antiquities Authority, and initially reported on in Haaretz. The lead researchers were Gilad Cinamon, Yoav Lerer, Gabriela Bijovsky and Rina Talgam.

According to the open-source Hebrew-language publication, the settlement was mentioned in the 4th-5th century Jerusalem Talmud as being part of “forbidden territories,” and according to Jewish law (halacha), were not considered part of Jewish territory. At the same time, certain commandments for Jews located in the Land of Israel were still enforced.

“While for now we have no documents from Christian sources about this settlement, all the evidence points to an almost entirely Christian population,” Cinamon told Haaretz.

In addition to the colorful mosaic, researchers also found pottery, a bronze cross, Arab-Byzantine coins, a rare sixth-century bronze weight and stones with crosses carved into them. Four structures were excavated in two seasons, which straddled narrow alleys. The researchers write that the bronze weight “teaches about the economic well-being of the rural community.” 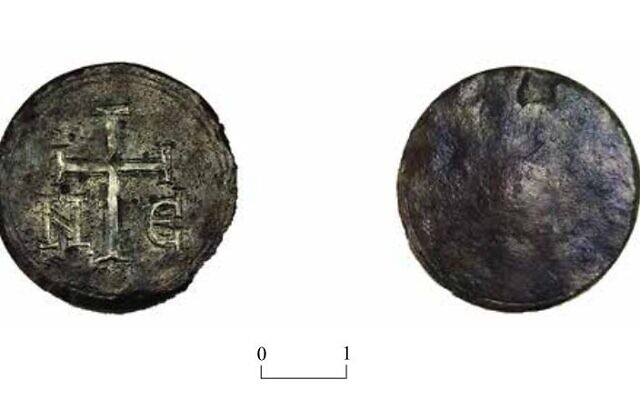 The 5-by-5-meter (16-by-16 foot) mosaic portrays floral motifs, animal and human figures, and fragments of Greek inscriptions, which have not been deciphered over a decade after their reveal. The researchers said it was probably made by experienced artists and adorned the floor of a local villa. It was removed to a local archaeology museum at Kibbutz Ein Dor, near Nazareth, where it is currently on display, according to Haaretz.

The pastoral illustrations include images of cats, a rabbit eating grapes, a goblet, birds, a young man, fruit plants and a woman who seems to personify abundance and agricultural fertility.

“The motifs are eclectic, pointing to a continuity of classical traditions, on the one hand, and turning away from them, on the other,” the researchers wrote. “This mosaic joins many other mosaic floors that were created after the Muslim conquest, attesting that local Byzantine traditions continued throughout the 7th–8th centuries CE.” 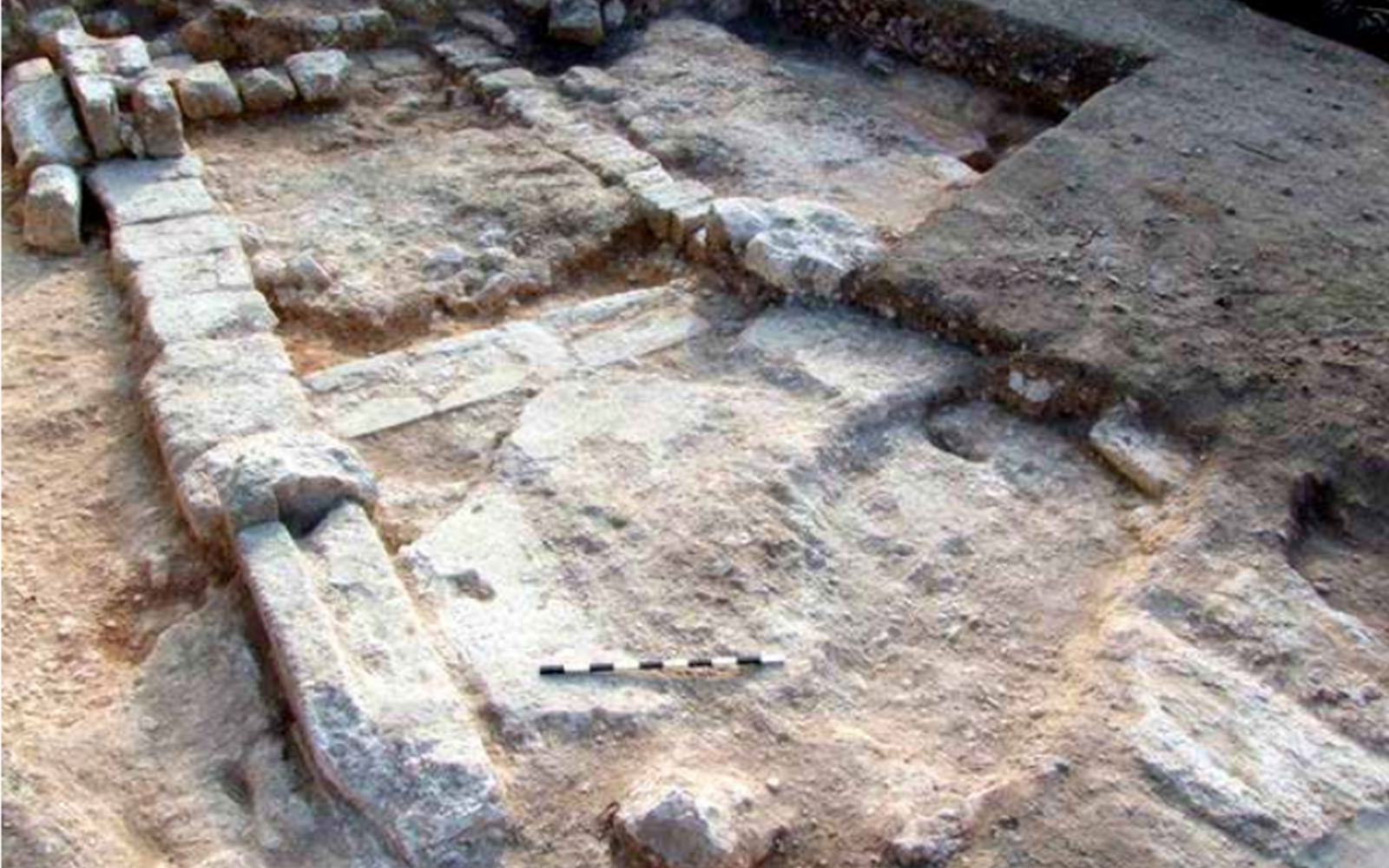 An archaeological excavation in northern Israel at the Pi Mazuva dig site in 2007. (Courtesy/Israel Antiquities Authority)

The room contained Christian objects but did not appear to be a chapel, but a hall used to entertain guests in an affluent family’s farmhouse.

The coins found at the site date to the Byzantine and early Islamic periods, except for one, which was minted in Lyon, France, in 314 or 315 CE.

The site was first discovered in 2007 during road construction and has only been partially excavated. Most of the site was backfilled, awaiting future archaeologists.

A community near the site today preserves the Byzantine-era name and is called Kibbutz Metzuba.

The Byzantine Empire and the Sasanian Persian Empire went to war between 602 and 628 CE, the last of a series of conflicts between the two powers. The Persians invaded modern-day Israel and conquered Jerusalem in 614, with the help of some Jewish allies who had been persecuted by the Byzantines.

According to the researchers, there were about 140 Christian settlements in the region during this era, including 63 churches or monasteries. Another 13 settlements had a mixed population. Many of these Christian sites in the Galilee were destroyed in the Persian invasion.