An exciting find was unveiled October 9 by the Israel Antiquities Authority and the Israel Museum: a unique stone inscription dating from the Second Temple Period (first century CE), including the full Hebrew spelling of “Jerusalem” as we know it today.

The most important discovery was a stone column drum upon which the Aramaic inscription appears, written in Hebrew letters typical of the Second Temple Period, around the time of Herod the Great’s reign:

Hananiah
son of Dodalos
of Jerusalem

“As a resident of Jerusalem, I am extremely excited to read this inscription, written 2,000 years ago, especially when I think that this inscription will be accessible to every child who can read and uses the same script used two millennia ago,” said Israel Museum Director Ido Bruno at a press conference. 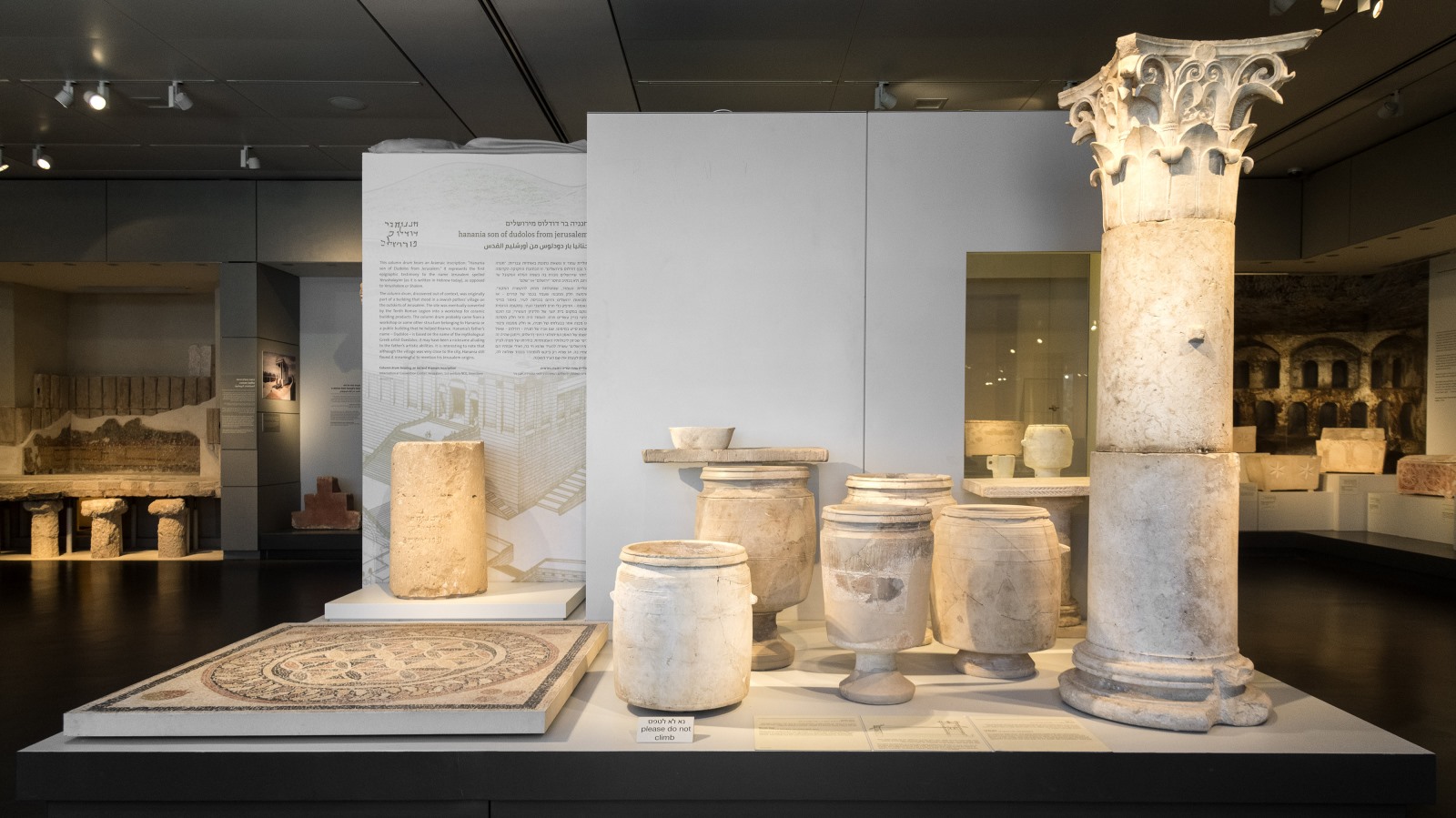 Dr. Yuval Baruch, Jerusalem Regional Archaeologist of the Israel Antiquities Authority, and Prof. Ronny Reich of Haifa University, who studied the inscription, note that “First and Second Temple-period inscriptions mentioning Jerusalem are quite rare. But even more unique is the complete spelling of the name as we know it today, which usually appears in the shorthand version. This is the only stone inscription of the Second Temple period known where the full spelling appears. 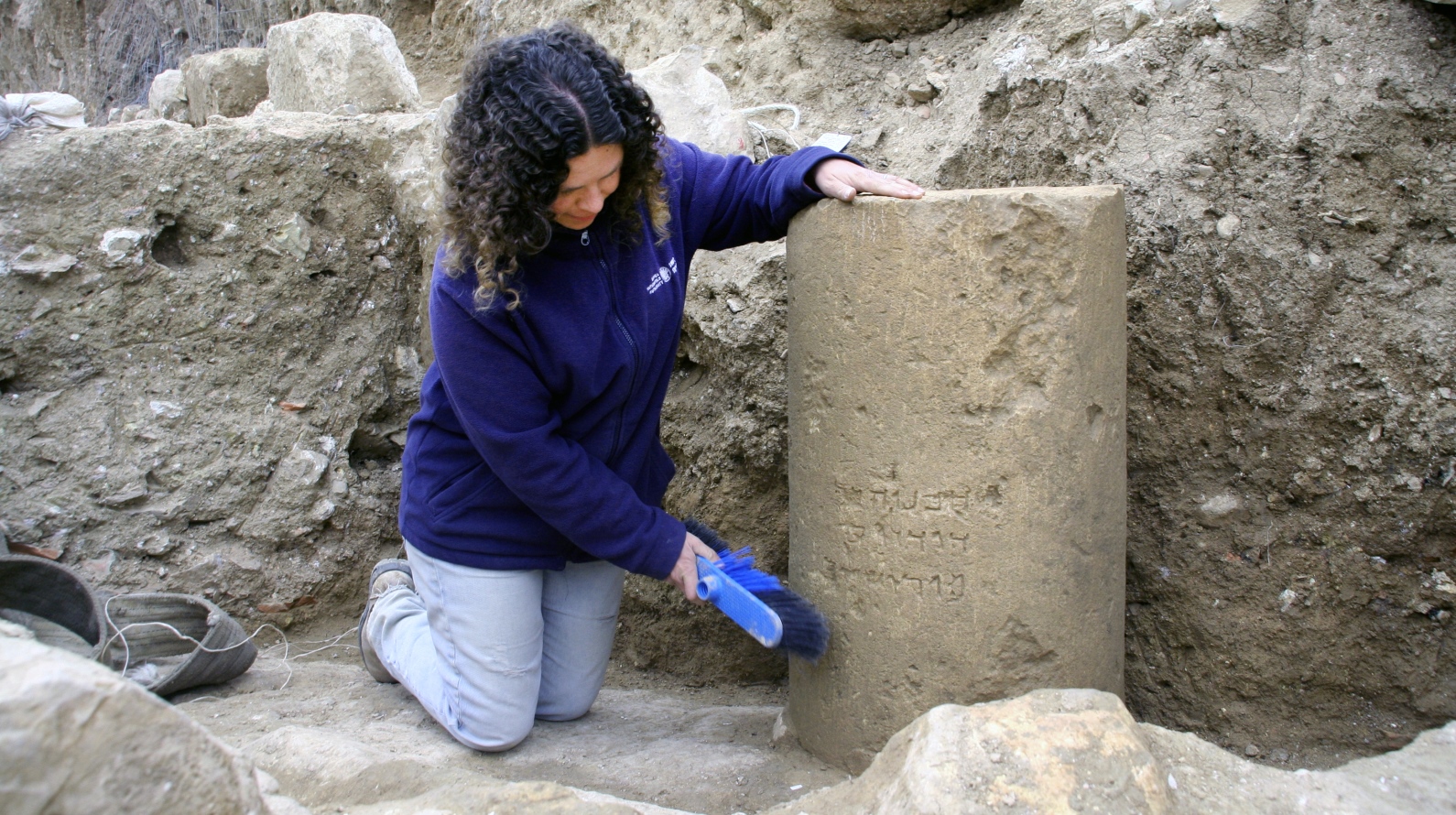 Danit Levy, director of the excavations on behalf of the Israel Antiquities Authority, beside the “Jerusalem” inscription as found in the field. Photo by Yoli Shwartz/IAA

At the site, IAA archeologists Danit Levy and Ron Be’eri have been exposing extensive portions of a potter’s quarter active for over 300 years, spanning the Second Temple Hasmonean period through to the Late Roman era. Therefore, Hananiah son of Dodalos most likely was an artist-potter.

In the early second century CE, the Roman 10th Legion established a workshop on the site to make ceramic building materials. The legionary kilns and its products are on display in the Jerusalem International Convention Center and at the Israel Museum.

Two additional finds are joining the inscription on display at the Israel Museum: a Greek mosaic inscription of the sixth century CE, exposed near Damascus Gate; and a first century CE coffin cover with a Hebrew inscription reading “the son of the High Priest.”